Heeeeeeeyyyyyyy my favoriiii fanzzzzzz!!!!! How yalz doin??? So, sorry I haven’t typed in a while (no Wi-Fi and all that:-p), so I’m gonna make it up to you by typing all of the places we’ve gone down on ONLY ONE DOCUMENT! YAYYYYYYY!!!


For my friends in NY, you guys have been to NYC before, right? Well, it’s not all skyscrapers and pop stars. There is also a scenic part of it, too. We anchored in a small anchorage right near Ellis Island, and the parks are WONDERFUL.  There are lots of trees to rest under, and fields to play on! There were even Segway’s you could rent!!!! Here are some pics: 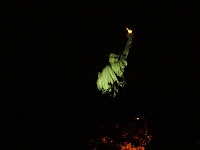 
So far, we’ve stayed the longest in Sandy Hook. Turns out that the docks near our anchorage were completely torn apart from Sandy, and they had to rebuild all of them! Lots of ships were lost, too, and some of them still are! When we were on the beach (which wasn’t actually half bad), sometimes you could find debris, like brick or wood from the houses. In whole, sandy hook was a really pretty place, with lots of cute little shops and tons of nice people. Oh, and we celebrated my sister’s birthday there, too. Happy B-day, sis! Ok, now, wanna see some more pics? 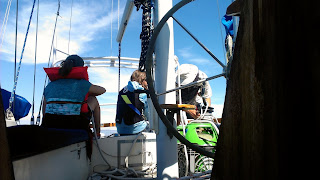 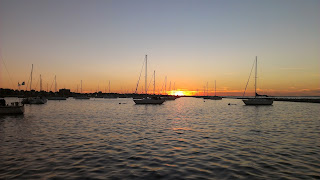 
Four words: Mi-ni Ve-gas. There where billions of casinos, and even more clubs. There was one we went into (don’t worry, we didn’t go into the gambling-so-no-kids-allowed area) called the Golden Nugget (*snort*). It held the largest nugget of gold in the world on display! It was pretty cool. My sister even met some band members that played out on the deck! We also went into a neat little aquarium where we pet sharks and were given a demonstration on chinchillas (OMG I WANT ONE!!!). And here are the last of the pics: 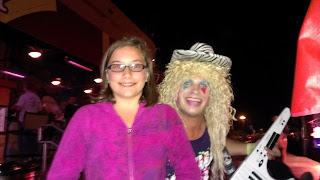